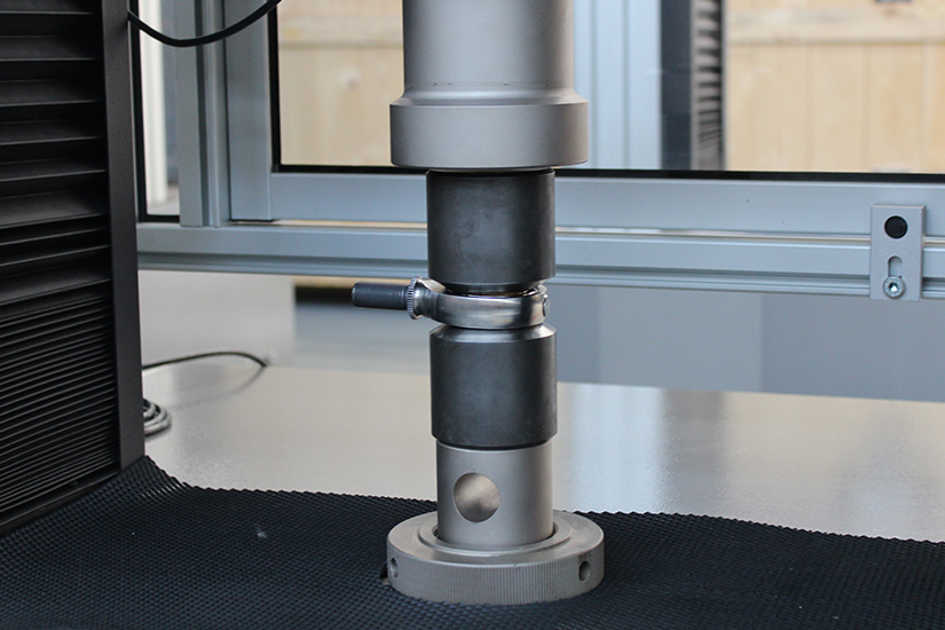 When you think about the activities of a universal testing machine, you mainly think to a monitoring action, with destructive tests on disposable specimens. However, the application areas where the testing machine in actively integrated in a production cycle are various and sometimes unexpected. This is the case of operations such as riveting, chamfering or pressing.

The restrictive current regulations in the aeronautical and aerospace industries produce an always increasing demand for UTM machines for controlled chamfering operations. The execution is carried out in a context of full traceability of the operation by creating a "story" of each piece produced. It is significant the possibility to re-elaborate reports and estimate the influence of parameters which are not normally considered such as loading/unloading speed, preload, time at maximum load.